Brighton & Hove and Metrobus’ drivers share their stories about what it’s really like to drive a bus in a new film aimed at recruiting more drivers.

It’s a peek behind the scenes of a driver’s typical day, beginning with daily vehicle checks, driving different bus routes, socialising in the canteen and paying-in at the end of the day.

In it, drivers discuss how they feel about their jobs and the benefits of becoming a driver, like good pay, pension and holidays; job security; social life; a varied workday and independence.

Whitehawk driver and driver mentor Elisa Harkness said she agreed to take part in the film because she wanted to give people an insider’s view on what the job was like.

“No two days are the same, driving in and around Brighton and Crawley you get to see the real culture of both places,” Elisa said. “The work life is good fun and our fellow drivers are great. I’ve loved meeting so many new people.”

Elisa said drivers were ‘fully supported’ from day one of the six weeks’ paid training. When they’d qualified and were out on the road, there was always someone to ask for help or advice.

The film helps launch the bus company’s upcoming recruitment events, two of which are aimed specifically at women, as part of the company’s Women Behind the Wheel campaign.

Training Department Co-ordinator Paul Waite said: “Right from the outset, we wanted our drivers to talk about their jobs – rather than getting actors or scripting it – to give it a natural feeling. We made it as honest as possible.

“We covered as many possible aspects of a driver’s daily role and chosen a cross-section of drivers that people could relate to.”

Elisa summed up the main message behind the film, which is to give bus driving a try: “Go for it! It’s a chance worth taking. I’ve met some of the most incredible people on my journey and I’m only five years in. It’s flown by.”

Metrobus’ Managing Director Martin Harris said: “This film gives a real sense of who we are and what it’s like to work here. Our drivers put their hearts and souls into what they do and that’s what we look for when we take people on: that spark and that realisation that we are about much more than getting people from A to B.

“Yes, we want people with good driving skills, but they also need to be good communicators and to want to serve our communities.”

Martin said the company was particularly keen to employ as diverse a workforce as possible. For example, the company has a target of women making up at least 20% of its colleagues by 2024.

You can watch the film here: www.youtube.com/watch?v=FA4K6vrYT1o&feature=youtube

To find out more about bus driving careers: https://www.metrobus.co.uk/driver-vacancies/ 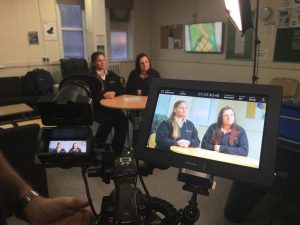 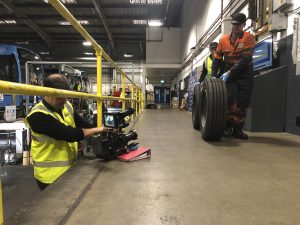